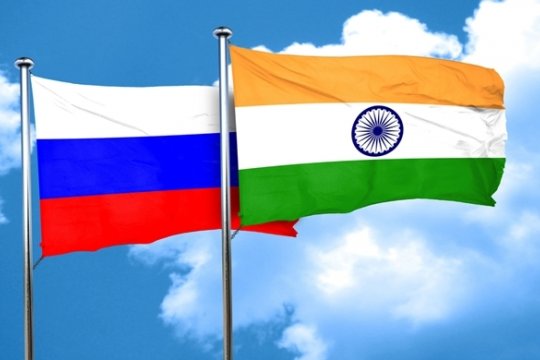 Relations between Moscow, Delhi and Beijing have been progressing steadily, but, as it is always the case in relations between major power hubs, they are not devoid of differences. From its part, Russia, by contributing to the RIC format, avoids exerting pressure on Delhi or Beijing. Moscow prefers to discuss general issues of security and sustainable development in the Eurasian space and acknowledges the right of each participant to independently set economic, social and diplomatic priorities. A three-party trade or defense cooperation between Moscow, Beijing and Delhi is too early to talk about. Such issues are currently settled on a bilateral basis. True, during a meeting of foreign ministers of Russia, India and China in Wuzhen on February 27, 2019, the participants spoke of the need to create a mechanism for regular meetings of the heads of defense ministries of the three countries. If this proposal sees light, consultations on defense and security issues in the RIC format will hit a new high.

The initiative to build tripartite contacts between Russia, India and China was launched by the Minister of Foreign Affairs of Russia in 1996-1998, Yevgeny Primakov, who, back in the 1990s, foresaw such a change in the political landscape that would strengthen the largest continental powers of Eurasia and make them the most important element of the global architecture. The first meeting of the three countries’ foreign ministers in the RIC format was held in 2002 on the sidelines of the UN General Assembly. Since then, foreign ministers meet regularly (usually annually or once every one and a half to two years).

The first meeting of leaders of Russia, India and China in the "troika" format was held in 2006 within the framework of the G20 Summit, which was held in St. Petersburg. However, unlike Foreign Ministry meetings, such negotiations can hardly be considered regular: while Moscow is interested in close contacts with New Delhi and Beijing, there is a fairly large number of differences on the ingernational tactics and strategy between India and China. Therefore, it was not until the end of 2018 that the next such meeting took place on the fringes of the G20 summit in Buenos Aires. Russia became the initiator of the meeting. In turn, leaders of India and China supported the opinion of President of the Russian Federation Vladimir Putin that such meetings should be regular. Whether it will translate into practice - time will tell.

Indeed, the format of the "troika" actually formed a foundation for the  BRICS union (Brazil, Russia, India, China, South Africa). The first BRIC summit (as the alliance was known before South Africa joined it in 2011) was held in 2009 in Yekaterinburg. However, the important thing is that, in contrast to the RIC format, BRICS does not have a pronounced Eurasian component and does not constitute a rigid strucgture that implies following a certain charter restricting the foreign policy initiative of its member countries. Another matter is that the BRICS countries themselves can, through the creation of a network of economic alliances, play their part in the formation of new integration mechanisms on all continents and contribute to the implementation of the principle of “integration of integrations”. Russia, equally interested in developing relations with India and China, regards the RIC format as a means for improving the architecture of interstate relations in the Asia-Pacific Region (APR) as a whole. Success of this area will result in changes to the RIC format.Such a change in the RIC format meets the interests of all three countries – thanks to this change the union could become a permanent consultative mechanism on security, stability and sustainable development of the whole of Eurasia.

2. What does Moscow think about the outcome of the 2019 elections in India? What are the key areas Russia would like to focus on with Modi Government 2.0?

In the course of the parliamentary elections in India, the ruling party Bharatiya Janata won a convincing victory.

The top priorities for Prime Minister Narendra Modi over the next five years will be to ensure national security and fight against terrorism. The urgency of this agenda was confirmed by the devastating terrorist attack in Kashmir in April 2019 and a series of “Easter” explosions in Sri Lanka.

No less important for the new government is developing relations with its neighbors by using its position within the South Asian Association for Regional Cooperation (SAARC). In fact, New Delhi will continue its policy of enhancing its strategic status in South Asia. To this end, Indian politicians use a variety of mechanisms - from regional economic cooperation to integration models (for example, the initiatives of four countries - Bangladesh, Bhutan, India and Nepal).

India is still vitally interested in establishing peace in Afghanistan, otherwise New Delhi will find it difficult to get access to markets and resources of Central Asia. However, Indian politicians are worried about the prospect of including Taliban representatives in the future Afghan government of national reconciliation. Taliban movement, as Delhi believes, still maintains close ties with the secret services of Pakistan. Being interested in the development of the North-South International Transport Corridor as a major logistics project, Delhi will continue a dialogue with Tehran, despite significant differences with the United States on the Iranian nuclear dossier. These differences went so far that Washington slapped sanctions on Delhi for buying oil from Tehran for its own needs. The US thereby called into question its own statements about strategic partnership with India.

As part of India’s present-day foreign policy, the concept of an “expanded partnership” plays a crucial role, suggesting further contacts with countries of East Asia, and in the future - building up its naval presence there.

All these foreign policy efforts are designed, according to the present leadership, not only to turn India into a regional leader, but also to give additional impetus to the economic development of the country and secure the resolution of pressing issues, including poverty and the creation of social infrastructure.

3. What problems does Russia face planning its ties with India as compared to China? Recently, Lockheed Martin suggested that New Delhi  sell F-21 exclusively. How does the Kremlin see this?

As for defense, India pursues a pragmatic and multi-faceted policy, guided by its own tactical and strategic interests which are dictated by the desire to ensure its own security and create conditions for combating cross-border terrorism. From its part, Moscow regards this position with understanding. At the same time, Russia has repeatedly made it clear that it has developed close ties with New Delhi in the military sphere and is ready to fight for its presence in the local arms market, where all the major arms suppliers (except China) are present. This position remains unchanged. Successfully operating since 2000 is the Intergovernmental Commission on Military-Technical Cooperation, co-chaired by the Ministers of Defense of both countries. In December 2018, with the aim of expanding military cooperation, this body was transformed into the Indo-Russian Intergovernmental Commission on Military and Military-Technical Cooperation (M & MTC). In addition, an agreement was reached on the joint production of a number of necessary components in India under the “Make in India” Program. Among  bilateral projects implemented by Moscow and Delhi are the local production of T-90 tanks and Su-30-MKI planes, supply of MiG-29-K aircraft and Kamov-31 and Mi-17 helicopters, modernization of the aircraft and helicopter fleet. In addition to conventional warfare, states must prepare for other types of confrontation, including in outer space and cyberspace. Therefore, India and Russia are interested in further development of military-technical cooperation to face these challenges.

4. What are the views of the Kremlin on the tariff war between the US and China? Does it affect the Russian approach to relations with Beijing? Could this lead to a more intensive cooperation with India?

Russia has built strategic relations with both India and China. Even though the consequences of the conflict between Washington and Beijing cannot but have an economic impact on the RIC format, in general, the relations between these countries have not changed significantly. On the contrary, all three participants of the format wish South and East Asia were not a scene of rivalry but of mutually beneficial cooperation among all parties concerned. And the pressure Washington is putting on Beijing and New Delhi is partly helping to mitigate the friction between them.

5. What area other than defense could be an area of productive cooperation between India and Russia? Recent reports say there has been talk about the re-start of the Vladivostok-Chennai corridor. What are the possibilities for this? How important is it strategically? Many believe that it runs counter to the Chinese Belt & Road Project. What do you think?

One of the most promising areas of cooperation between our countries is cooperation in nuclear energy. Ensuring energy security and establishing cooperation with Russian specialists, first of all, with Rosatom Corporation,  remains a top priority for India and has great prospects for the future. Meeting on the sidelines of the XIX Russian-Indian Summit in New Delhi, Rosatom CEO Alexei Likhachev and Chairman of the Atomic Energy Commission of India Kamlesh Vyas signed an agreement on cooperation in new nuclear energy projects. According to this document, India plans to build six nuclear power generation facilities on a new site. In addition, Russian specialists are continuing to build the Kudankulam NPP in Tamil Nadu. At present, two units of this station have been built and put into operation. The third and fourth units have been under construction since September 2017.

As for the functioning of the Chennai-Vladivostok transport corridor, putting it back into operation is crucial for the economic revival of the Far East. In Soviet times, the port of Chennai (until 1996 - Madras) was Vladivostok’s most  important partner. These ports served as a major point for cargo traffic from India to the Far East and back. Making this transport corridor operational is equally important for India: it solves logistics-related problems and, therefore, gives new impetus to the development of Russian-Indian trade.

The Vladivostok-Chennai corridor is considered in New Delhi an element of a larger-scale project - the North-South international transport corridor. An agreement to this effect was signed by Russia, India and Iran in September 2000, and later Azerbaijan, Armenia, Belarus, Kazakhstan, Oman and Syria joined in. It is necessary to bear in mind that India’s perception of Eurasian integration differs from the Russian vision: in accordance with the logic of the “expanded partnership”, it envisages strengthening positions in Iran and tapping into countries of Central Asia.

Indeed, there are certain differences between the Silk Road Economic Belt promoted by China and the North-South corridor. The most obvious one comes from the Indo-Pakistani conflict: while Islamabad is one of Beijing’s closest partners, New Delhi has unresolved territorial disputes with its Muslim neighbor. In addition, while India is positioning itself as a power of the “Indo-Pacific Region”, a number of US allies in the Asia-Pacific Region, primarily Japan, are seeking to convince New Delhi to step up its activities within the quadrilateral security system Quad (USA, Japan, Australia, India), which is openly anti-Chinese.

However, there is no need to overestimate the existing differences between these countries. At present, India seeks to pursue a policy in East Asia that would not directly hurt the interests of any of the major powers, including the United States and China. As before, New Delhi will rely on "mild force" and a build-up of economic presence. From its part, Russia, set on balancing relations in the region, is seeking to boost its own political and economic weight in the Asia-Pacific Region through developing relations with countries of Southeast Asia, including in the ASEAN format. But since such a policy will require a higher rate of development of the Russian Far East, the Vladivostok-Chennai corridor could come in handy. Besides, the signing of an agreement on a free trade zone between the Eurasian Economic Union and India could stimulate Russia-India cooperation in Eurasia. According to preliminary reports, this will happen at the end of 2019 - the first half of 2020.