Gennady Gatilov: WHO, just like any organization, needs reforms 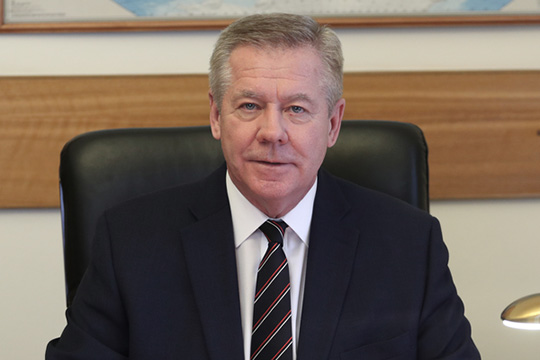 “Flawed as it may be, the WHO plays a leading role and now is not the time to reform it. This is the opinion of Gennady Gatilov, Russia’s permanent representative at the Geneva offices of the United Nations and other international organizations.

The main task now is to combat the coronavirus pandemic “through coordinated efforts by all countries,” said the diplomat, who believes that the course of the COVID-19 pandemic has confirmed the WHO’s ability to unite the efforts of many states. Gennady Gatilov believes that despite the US withdrawal from the organization and its criticism by Washington’s allies, the world nations, Russia included, overwhelmingly support the idea of preserving the WHO and its continued effort against the pandemic.

“The WHO, just like any organization, needs reforms.” (Gennady Gatilov)

The Russian diplomat does admit, however, that the WHO needs a reform, but one that should be preceded by a thorough analysis of and learning from the results of the ongoing fight against the coronavirus pandemic. Russia believes that a reform of the WHO would increase the organization's ability to quickly respond to emergencies in the health sector.

“Right now, we must defeat the virus.” (Gennady Gatilov)

Gennady Gatilov noted that the level of the WHO’s efficiency depends on how free it feels to work in its member-countries.

“Not every state will allow it to operate freely on its territory,” Gatilov explained, adding that this is exactly where the organization’s effectiveness can be increased. Presently, the WHO issues only recommendations (not requirements), but even these have constantly been corrected and amended in the course of the epidemic. Therefore, the diplomat is not inclined to make the WHO entirely responsible for the slip-ups made during the pandemic.

The Russian diplomat added that an independent commission was currently being set up to look into the causes of the coronavirus epidemic. Also, several teams of scientists will soon be going to COVID-affected countries, including China. Gatilov emphasized, however, that the teams’ goal is to research, not "look for the culprits.” He said that Russia had already named its candidates and was sure that they will be included in these groups, given the Russian specialists’ experience in fighting the epidemic.