Tensions in Kosovo shoot up – what are Brussels and Washington up to? 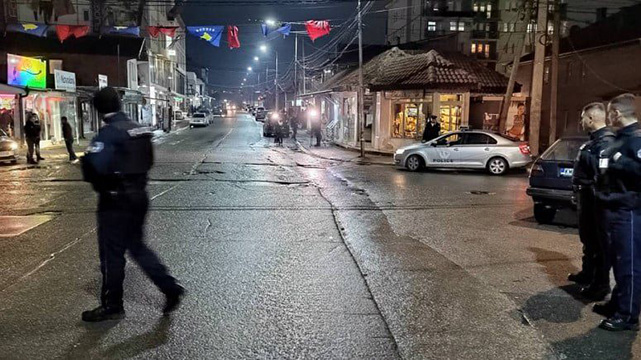 The situation in Kosovo is heating up again as the relatively optimistic forecasts about calm in the Balkans amid the ongoing global crisis did not come true. Tensions in the province started shooting up in early November 2022, when Kosovo Serbs, including the mayors of four cities in the north of the province, severed ties with the regional authorities in Pristina following their decision to ban the use of license plates issued in Serbia on its territory. The European Union acted as a go-between in  the negotiations that followed, but the Serbs still refuse to return under Pristina’s jurisdiction until the Union of Serbian Municipalities is formed in line with the 2003 accord, which Pristina flatly refuses to do in violation of previously signed agreements.

On the night of December 8-9, 2022, about 400 members of the Kosovo Special Forces ROSU (Regional Operational Support Unit) blocked Kosovska Mitrovica, the largest city in the northern part of the region, which is divided by the River Ibar into Serbian and Albanian parts. The central authorities explained the deployment of the special police units by the need to ensure the security of local residents. However, the local Serbs are actually wary of such defenders, since their activity only exacerbates the conflict, instead of preventing it. Moreover, according to the Brussels Agreement of 2013, Pristina is not allowed to send its armed units into Serbian municipalities. At the same time, the Kosovo administration has for the past nine years been sabotaging even the official creation of these municipalities.

There was another escalation of tensions on the morning of December 10 following the detention of ethnic Serb Kosovo police officer Dejan Pantic, days after he and some of his colleagues refused to continue serving in the Kosovo police in protest against a demand to change their Serbian license plates, and left their post in Mitrovica. The local Serbs responded by blocking the only two roads leading to the north of the region. These actions immediately provoked a rebuke from the head of European diplomacy, Josep Borrell, who said that the Serbs must  remove the barriers, and that any acts of violence on their part are unacceptable. [1] He apparently forgot that the barricades erected by the Kosovo Serbs are the only means of their civilian self-defense amid  systematic violations of the signed agreements by the Albanian radicals.

In keeping with Resolution 1244 by the UN Security Council, Belgrade is allowed to send 1,000 Serbian troops or police into northern Kosovo to protect the local ethnic Serb population. This is entirely justified amid systematic expulsion of the local Serbs from Kosovo and Metohija, the failure to provide the necessary conditions for their return, destruction of religious and cultural buildings and theft of church property, seizure of state property and constant violations by the Pristina authorities of the terms of the EU-mediated agreements. Moreover, in addition to communities in the north of the region (Zubin Potok, Zvecan and Leposavich), an even more volatile situation is developing in the south, where local Serbs live in enclaves surrounded by the Albanian population.

However, the command of the KFOR forces still refuses to let in Serbian special units to protect their compatriots. Berlin behaved even more categorically, apparently worried even by a demonstrative deployment of Serbian police units to the administrative border of Kosovo. On December 11, German Foreign Minister Annalena Baerbock described as inadmissible the deployment of security forces by Belgrade, even in an internationally recognized format. Incensed by all these moves, Belgrade has accused the European Union of violating the terms of its own agreements. Serbian President Aleksandar Vučić has already accused Brussels of directly pandering to Albanian radicals. [2]

Russia too is keeping a close eye on the situation in the region. In a December 14 interview with Izvestiya newspaper [3], Russia’s ambassador to Serbia Alexander Botsan-Kharchenko said that the current situation is extremely reminiscent of the anti-Serb pogroms that happened in Kosovo in 2004. Neither Brussels nor Washington prevented them, but used them as a pretext for starting negotiations on the final status of Kosovo. Russia, for its part, invariably supports Belgrade’s position.

Even though the current escalation was initiated by Pristina, it acted with the tacit approval of the US diplomatic mission in Kosovo, which is foursquare on the Albanian side. Tensions began to rise almost immediately after the start of the special military operation launched by Russia in Ukraine. The Albanian political leadership and its aggressive actions in this situation provide an ideal chance for pressuring Belgrade to join the sanctions imposed on Moscow by Brussels and Washington. This is how they are trying to force Belgrade to abandon its the multi-vector foreign policy in favor of the Western political line in the region and, at the same time, undermine its ties with Russia.

The current “Prime Minister” of Kosovo, Albin Kurti believes that even the position taken by Brussels on the Kosovo issue is not tough enough. Taking advantage of the favorable foreign political situation, he is now trying to ensure the exodus of the Serbian population from the region, or use a possible military action by Belgrade as another step towards the formation of a mono-ethnic Albanian state in Kosovo. And here he enjoys a clear support by the leading Western countries, which have long considered the Western Balkans as their own zone of influence. Amid the current crisis in the European Union, Brussels is trying to speed up the completion of the Kosovo "independence" project, while simultaneously trying to finally involve Serbia in the structures of NATO and the "European Schengen" - the so-called "Open Balkans" project.

The current Serbian leadership is giving a big headache to officials in Brussels, who are extremely displeased by Belgrade’s unwillingness to  join the sanctions against Russia, as well as by its close cooperation (including military-technical) with China.

It would not be an exaggeration to say that the European Union, just as in the situation with the “autonomers,” is outwardly portraying itself as an “honest mediator” between Belgrade and Pristina, calling for peace, but in fact undermining the very foundations for it. This is clearly evidenced by the results of the latest EU-Western Balkans summit, held in the Albanian capital Tirana on December 6. As a result, the EU leaders urged the Balkan partners to fully join the sanctions already introduced against Russia. As for the United States, its ambassador to Kosovo, Jeffrey Hovenier, is not formally interfering in the conflict and is ready to support the Kosovars in case of success, or put them back on the "right path" in case of failure.

At the same time, this conflict could be easily defused, given the fact that one of the largest US military bases, Camp Bondstill, and the KFOR peacekeeping mission are located in the region. However, it looks like no one is going to do this, despite the fact that the Washington Agreement of 2020 between Belgrade and Pristina, according to which the latter, in exchange for the Serbs’ refusal to demand non-recognition of Kosovo's independence from other countries undertakes not to apply for membership in international organizations has already been violated and the Kosovo regime intends to apply for EU membership on December 15.

The tactic of Pristina is to take as much as possible and not give in on anything. It also flatly refuses to agree to an exchange of disputed territories in Kosovo. Whether Brussels realizes it or not, this is as big a challenge for Europe as it is for Belgrade, because if the Kosovars have their way, this could lead to a further strengthening of Albanian nationalism in the region with territorial claims already to Montenegro and North Macedonia. This will eventually strengthen radical ultra-right movements not only in the Balkans, but in Europe as a whole.

The current situation presents a serious challenge for Serbian President Aleksandar Vucic, who has recently done much to ensure his country’s  economic growth and attract investments from the Middle East, China, Russia, Turkey and Hungary. This being said, protection of compatriots in Kosovo is still a topmost priority for the Serbian leader and something his further political career depends on. If he caves in on the Kosovo issue, he will lose a significant part of his support base inside the country, where the share of opponents of the recognition of Kosovo is high. If he begins to oust the Albanian special police units without the sanction of KFOR, this may prompt NATO and US assistance to Pristina. In any case, even the pragmatic steps he takes in this conflict may complicate the domestic political situation in Serbia itself.